Posted by Jeff Hayes on November 25, 2010 in Community 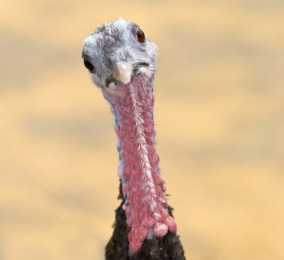 This Story Took Place during Thanksgiving week in 1984.

While finishing up my engineering degree at Marquette, I lived in the Ardmore Apartments on 16th Street in Milwaukee, just kitty cornered from the College of Engineering where most of our (engineering seniors’) classes were held.  It was an exciting fall if you happened to be a Bears Fan.  I didn’t know I was a Bears Fan until that fall, but I must’ve become one.  My roommate, Dan, and I spent a lot of time at Dan’s former residence (The House), an old house on 17th Street, where several other seniors lived.  We watched virtually every Bears game at that house.  Residents of The House that year were Andy, Pete J, Paul and Pete C; and it doubled or tripled in population whenever a game was broadcast.  Friends Marian, Cathy, Margaret, Kristin, Dan and I were also there much of the time.

Andy’s buddy, Gary, who worked in Chicago at the time, was in the habit of dropping by The House when he was in Milwaukee and he just happened to drop by Thanksgiving week on Monday or Tuesday.  Gary was full of surprises.  This time, Gary brought a live turkey with him.

I’m not really clear on what possessed Andy to keep the turkey in the backyard of The House and whether he intended to use the turkey as the entrée at Thursday’s meal, but he did.  Andy was a Business Major; he signed the lease, paid the bills and made most of the decisions for The House.  Someone mentioned that domestic turkeys can’t fly, so that’s probably how it started.

This turkey was given the name of “Harriet”.  Harriet lived happily for a few days in the backyard of The House on 17th Street and only occasionally did she make much noise.

Ok.  How Does This Work?

As it happened, I was the only “farm boy” in our group of friends.  That is, I was born to farming grandparents (on both sides of the family) and lived on a farm for the first few months of my life.  That’s how much of a farm boy I was.  But I Did know how to kill a chicken from watching my grandfather do it when we went back to visit the farm.  So on Thanksgiving morning, Andy called me and asked if I could tell him how to kill this turkey.  It couldn’t be much different from killing a chicken, right?  I did realize that we couldn’t just wring Harriet’s head off.  I also knew that a hatchet was the best alternative for killing a chicken so why not Harriet?

So up on a makeshift chopping block did Harriet’s neck go.  Paul held her head.  Dan tried to keep her back end steady.  Andy held the hatchet.  Piece of cake, right?

Perhaps one important thing to remember in situations like this is the hatchet you use to kill your turkey really needs to be sharp.  If it’s not, then you get the interesting fiasco that happened next.

The hatchet went “Thud!” and effectively broke Harriet’s neck in two pieces.  Most people probably don’t realize that chickens go on living and flying around for a minute or so after their heads have been wrung off.  What many more people probably don’t realize is how viable a “partitioned” turkey is.  Harriet didn’t lose her head completely at this point.  Her most skyward body part was now part of her neck instead of her head.  She now personally had a view of her underparts.  She also ran pretty fast for an animal who couldn’t see where she was going.  Paul promptly threw up.  Dan and I laughed so hard that we almost convulsed.  Andy determined that something had to be done quick.  Dinner was trying to get away.

After catching Harriet and after several more whacks with Andy’s “thud axe”, Harriet was no more.

Harriet’s feathers needed to come off.  The traditional “farm boy” way to do this is to boil water and dunk your bird for a bit but Paul heard that you could heat paraffin to accomplish the same goal.  College students frequently don’t have things lying around like typical households do and paraffin was one of those things.  The House did have a Large Brown Candle, however, so this is what they used.  I had never had turkey with brown bits near the surface and it wasn’t too bad.

Cooking times vary with the weight of the bird but how do you know when the bird is fully cooked if you use a new fangled method for cooking?  Andy had heard that a perfectly cooked turkey was attainable by stuffing the cavity with a wet towel and then setting it on a Weber Grill with hot coals.  It turned out that the only clean towel available was a large red beach towel.  I think about this story every Thanksgiving and right now I’m wondering where that beach towel had been before it met Harriet.  I do remember that the meat near the cavity had an interesting red color.

Even if I’d wanted to, I probably couldn’t forget that Thanksgiving.  Fortunately, no one wound up in the hospital from undercooked turkey a la brown wax bits, or from whacking off figures or toes.  As I recall, Harriet was “tough but yummy”.  I’m grateful for having those friends and memories.

Note for future reference:  It’s best not to name your dinner 😐

Jeff is an agile coach, an agile trainer and a speaker, helping organizations to adopt agile while developing high performing teams. He specializes in scaling scrum to suit the individual enterprise.
View all posts by Jeff Hayes
Follow @"jeff_hayes"
How About a Little Civility?
Managers: The Good and the Bad