Posted by Jeff Hayes on November 28, 2012 in Community

Does Bedford Falls really exist or was it just a figment of Frank Capra’s imagination for the perfect town in his film “It’s a Wonderful Life?” And are there other such idyllic towns in the U.S.?  In the world?  Does the success of such small towns and villages stem from location, location, locationas real estate agents tend to say or does it have more to do with a collection of inspired individuals like George Bailey (played by Jimmy Stewart in the film)?  Are there distinct advantages to living in smaller communities?

Growing Up in America

As I was growing up my family moved somewhat frequently.  We moved from one end of the United States to the other and several places in between.  Our father’s job was demanding.  His company was keen on sending him first to one location and then another to help the company’s holdings establish best practices.  He was, in a sense, the Michael Gerber of the restaurant industry.

We moved to larger cities like Los Angeles, Chicago and Kansas City most of the time but occasionally moved to smaller towns. The first two small towns we lived in were not very much like Bedford Falls.  Sure, their Chambers of Commerce thrived and business was good.  The churches and temples were full on the correct days.  Schools did their best with the resources they had.  Town leaders convened meetings to discuss the important issues of the day.  But these towns lacked heart.  And vision.  They weren’t used to looking at themselves from a birds eye view and because of this they didn’t look like Bedford Falls.  Instead they appeared to be collections of self-interested theologues.  Big fish in small ponds.  Praising the divine and quietly wishing the less-better-off would either leave town or get a clue.

Anton “Tony” Nelessen, Program Director of Planning and Public Policy at Rutgers University, is certain that many more of us humans will begin living in large cities as time goes by.  His visionary work will undoubtedly lead to better living conditions in large cities around the world, and do so with significantly greater levels of sustainability.

I had an opportunity to speak with Professor Nelessen earlier this year about his focus on urban living.  “It’s about quality of life,” he said.  “Many more services will be available to many more people while providing interesting, sustainable places for them to live, work and recreate.”  It didn’t occur to me to ask him what he thought were the advantages of growing up, instead, in a nice small town. 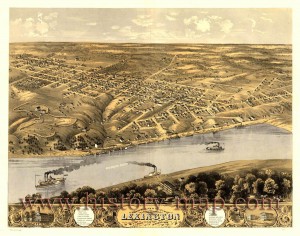 What does it take to keep a town going?  Regardless of the origins of a city, village or town, every municipality requires:

Some of you will argue that I’ve got the order all wrong or that I’m missing several key elements.  Others will argue that we could outsource virtually every one of these services.  Many municipalities do just that (perhaps the people part is not altogether outsourced).  Speaking from experience, a greater proportion of the population will know one or more of the above mentioned service providers in small towns as opposed to larger cities.  Why?  Because in smaller communities the chances are pretty good that one or more neighbors fulfill those roles.  In larger cities the service providers are expected to run like well-oiled machines so as to reduce the overall tax burden.  This increases the competition for jobs, frequently pulling people from other parts of a (large) city to perform a job better for less money.

In contrast Lexington, Missouri, and smaller towns like it have benefited from individuals who are very much like George Bailey:

This happens for reasons that I’ll get to in just a minute.

Integrity and a Few Good Folks

Where do great leaders and townsfolk come from?  For a period of time the U.S. Public Health Service forgave medical school debt in exchange for physicians moving to, and practicing medicine in, rural areas of the United States.  Some extraordinary doctors could be found in sparsely populated areas.  And where good medical help is available, other people soon follow.

Generally speaking, the individuals who are best suited to serve as civic leaders have the right combination of personality, talent (think Strengths), passion and opportunity.  It also helps if the leaders think in terms of the greatest good and truly want what’s best for the town.

Miles Davis is quoted as having said, “You have to play a long time in order to play like yourself.”  I believe this wholeheartedly and not simply with regard to playing musical instruments.  Is it possible that we humans are better able to learn what we’re made of when we make our homes in smaller communities? Something I’ve been wondering about for quite a while is whether civic leaders in small towns aren’t much more like small business owners than their big city counterparts. 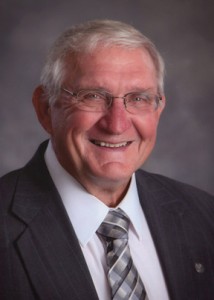 Now enter Thomas C. Hayes:  Coach, guidance counselor, school principal, mayor, neighbor, husband, father, uncle and friend.  Was Tom Hayes the George Bailey of Lexington, Missouri?  Tom was not the owner of a local savings and loan company as was George Bailey.  Instead he was a community builder.

In brief, Tom began his coaching career in the mid 1960’s.  In total, he brought numerous Lexington High School wrestling teams and football teams to Missouri State Championships. Sports teams are the heart and soul of a small town.  Throughout his career as an educator, he remained a coach at heart; and in his approach to getting things done.

In 1998 Tom retired from education and became Mayor of the City of Lexington.  Statistics show that within one year of his taking office, crime fell by half.  It stayed that way throughout his years in office.

As Tom grew older, he combined his natural ability to sell his vision to others with a modest desire to improve life for those around him.

Individuals who are capable of bridging space and time — people like Tom Hayes — are timeless.

Sustainability is About Human Resources Too

For me Tom Hayes, or rather “Uncle Tom” as I was privileged to call him, is perhaps best characterized with a couple of statements:

He was keenly aware of the tragic loss of potential goodness and energy in persons who came from “tough circumstances”. Did he change the circumstances? Sometimes. But he always gave them a better vantage point.

Was Tom Hayes the “George Bailey of Lexington, Missouri”?  No.  He was much more than that.  He was a real person who touched the lives of a great number of people in his town.  All of them, in fact.

So, is this an American Story or a Small Town Story?  I think it’s the Human Story.  And there are selfless, generous people like Tom Hayes around the world.  My hat’s off to them.

Jeff is an agile coach, an agile trainer and an agile speaker, available to help teams deliver more value to their organization's customers through the use of agile frameworks like scrum.
View all posts by Jeff Hayes
Follow @"jeff_hayes"
Coworker Dilemmas Resonate with Readers
Trends in Technology: Rosetta Stone Required