Blog / Technology / Are You a Social Media Addict?

Are You a Social Media Addict?

Posted by Tim Holdsworth on January 29, 2011 in Technology 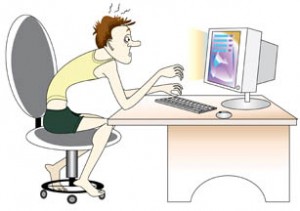 What’s your relationship with social media? Are you just a casual user who can take it or leave it or are you an addict who has to check Twitter, Facebook or your e-mail every few minutes?

I’ll admit myself that the line between casual user and addict is easy to cross. There’s something strangely compelling about reading all the latest updates on Twitter, Facebook and its slower cousin e-mail. There’s a palpable level of anxiety that occurs when you can’t harvest your crops in time on Farmville.

The love of social media continues to grow: Social gaming is projected to be a billion-dollar business in 2011, according to eMarketer. Facebook passed Google on the 2010 list of most-visited websites (Source: Experian Hitwise). And an independent study by Retrevo Gadgetology revealed interesting statistics about the love of using social media: ·

It’s probably safe to assume that these numbers have increased since this 2009 study was released.

With social media’s continued popularity growth, we’ll no doubt continue to see a rise in addictive behavior. Case in point: In the study, “24 Hours: Unplugged” 200 University of Maryland students from a variety of majors were asked to abstain from social media for 24 hours. This required no iPhone or text messaging. No laptops or netbook usage. No Twittering. No e-mail and no Facebook usage.

Researchers found that American college students struggle to function without their media connection to the world, using literal terms of addiction to describe their dependence (e.g., I noticed physically, that I began to fidget. My mood changed around noon, I felt isolated and lonely.)

So what about you?  Are you an addict? Find out by taking a sabbatical.  You may be surprised at the results.