Blog / Quality of Life / Part I: The Five Types of Toxic Coworkers

Part I: The Five Types of Toxic Coworkers

Posted by Tim Holdsworth on February 27, 2011 in Quality of Life 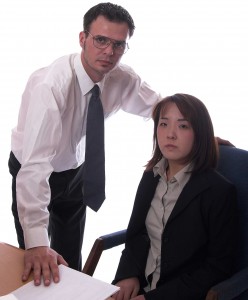 We’re all just trying to make a living and it helps to have friends who all get along — but some people are particularly adept at making it worse than it has to be by turning the workplace into a toxic mess — either consciously or unconsciously.

If you think it seems more and more coworkers are difficult to get along with, you’re not alone. A Conference Board research group study published in 2010 showed that the percentage of people who say they like their coworkers has plummeted. Only 56% of people said they like their co-workers, down from 68% in 1987.

So who are these toxic coworkers? After a bit of research and thought, I’ve come up with five different types that you’ll encounter some time during your work career. Each has its own way of poisoning your work environment.

They’re unhappy and mad at the world (which sucks too by the way). The hater tears down everything: The boss. The company. The accounting department. The help desk. The CEO. The decision made on a project. The holiday party. You.  A lot of the time the hater has on a happy face for public view in meetings, in conversations with the boss, etc. However, the eye-rolling, snide comments made under their breath or outright in the break room reveal their true character.   It doesn’t matter what it is, this coworker hates it. Period. And they want you to hate it too.

The slacker comes in many varieties:

is perhaps the most difficult — and dangerous — to deal with, often because it takes time to realize that you’re being played and once you realize it, it’s too late.   He has learned how to hide his aggression and true motives under a veil of good intentions, compliments, feigned helpfulness and doing what’s best for the company. Every move, every interaction, every word used is part of a strategy to get people to do what he wants, which may include doing his work for him.  In a way, the manipulator can be a more ambitious form of the slacker.

When you don’t do what the manipulator wants or if you disagree and ask questions, the manipulator applies pressure, makes you feel guilty, finds ways to make you look stupid to your boss and/or uses information shared in confidence to pit you against another coworker.

For whatever reason this person views you as a threat. Maybe you’re a recent hire into a comparable position within the company. Maybe you’ve been assigned work that she feels that she is more qualified to do.  Whatever the paranoid reason, you’re now the enemy.   Although she may treat you like you’re her best friend and say “we’re all on the same team”, she’s looking for ways to sabotage you – whether it’s sharing selective information to make herself look good and you look bad in front of the boss, pointing fingers at mistakes and letting everyone and their brother know that it’s someone else who is at fault.

The Know It All

The know-it-all has an incredible need to be taken seriously and be the center of attention. He will relentlessly bulldoze his ideas through any process and ridicule those offered by anyone else and wear you down with their ‘my way’ campaign. If you push back, he makes it known that you’re just being competitive and don’t have the company’s interests at heart — which means you’re forced to be defensive and he continues to be right. Discussion and debate are a waste of time.

Do any of these types of toxic coworkers ring true for you?  What types have you had the displeasure of working with?

In part two of this series, I’ll cover some potential strategies for dealing with these toxic types.

Commentary on “Part I: The Five Types of Toxic Coworkers”