Blog / Technology / A Brief History of Nearly Everything (Digitally) Important

A Brief History of Nearly Everything (Digitally) Important 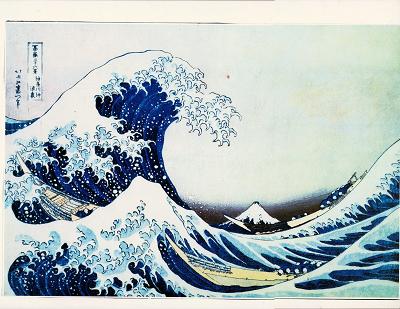 Evolution of the World Wide Web

The World Wide Web (or just Web) was conceived by Tim Berners-Lee, a (then) CERN consultant/engineer who was looking for a way to facilitate the exchange of electronic knowledge – papers, research notes, etc. – within and between CERN scientists without the need for traditional forms of communication such as snail mail, email and facsimile.  He achieved this largely by applying hypertext as a communication layer onto the Internet.  The term hypertext refers to a type of encoding.  We use it commonly in terms like Hypertext Transmission Protocol (HTTP) and Hypertext Markup Language (HTML).  It wasn’t so common back then.

The Web morphed into a collection of standards and technologies that supported transnational exchange of information by bringing this newly developed hypertext to the academic + military network known as the Internet.  Tim’s key innovation was in developing a framework that merged the already-existing Transmission Control Protocol (TCP), the still-experimental Domain Name System (DNS) and hypertext itself.  Between early 1989 and the summer of 1991, CERN became the hub of an information-sharing network that anyone with a Web browser¹ could access.

From social media and powerful new market-analysis tools to the ever-evolving art of Web design, the Web has given rise to dozens of truly disruptive new technologies, including:

What would the Web be like without search engines?  The concept of the search engine is fundamental to the modern Web.  In fact, search technology was already becoming important well before the Web existed.  Lexis-Nexis was conceived in 1967 and went commercial in 1973.  At various times during the subsequent 20 years, it contained more or less the entire knowledge base of the U.S. Government.  AltaVista was an early, great, Web-based search utility and was my favorite search engine before Google came along, primarily because they focused on being good and fast.  It was a creation of the Digital Equipment Corporation (DEC) and had the first popular subdomain I remember using:  “altavista.digital.com”.  Attempting simply “altavista.com” in a browser would take you somewhere else completely during most of the 1990s.

So what’s novel about search engines on the Web?  What the Web did for search engines was to create behemoth cash cows, primarily through new marketing capacities.  And what have search engines done for the Web?  They created and perpetuate true crowdsourcing opportunities on a global scale.

Another modern miracle technology is the smartphone and it has changed person-to-person communication forever. These days, we take it for granted that pocket-sized devices can have nearly unlimited information storage and exchange capabilities. Mobile devices like smartphones are already revolutionizing Web Design – particularly responsive Web design – and Mobile Apps and are creating a truly interconnected world.

RSS is an acronym most commonly associated with the term Really Simple Syndication.  Although it’s less flashy than the iPhone, RSS technology is every bit as essential to modern business.  Like search engines, RSS makes it easy for everyday Web users to find information on or about favorite subjects and authors.  Content generation and the sheer speed of global learning would be greatly impaired without RSS technology.

I clearly remember the “eBay craze” of the late 1990s and early 2000s. Regular folks were ecstatic to learn that they could buy and sell just about anything over the Internet.  Today, eCommerce is a critical component of many companies’ business models and Web design plays just as big a role in eCommerce solutions.

When a client of mine invited me to connect on LinkedIn in 2005, I quickly saw the advantages to staying in touch with colleagues in this way.  Social media (by means of social networks) has strengthened the means by which we share content and create communities of like-minded people.  These communities facilitate the development of new concepts and innovations that can be scaled rapidly and commercialized.  In this sense, the Web has become a place where producers and consumers of products, services and abstract concepts can connect and interact for mutual benefit.

The Start of Bigger Things

The Web has morphed from an information-sharing platform that primarily served academics into a commercial juggernaut that creates billions of dollars of value every year.  It has become the undisputed marketplace for user-generated content, from funny YouTube videos of bumbling animals to innovative marketing copy and graphics, every imaginable form of content has a place on the Web.

Because the Web’s invention was a game changer, Berners-Lee could not have predicted a fraction of the new human capabilities and norms to follow his work since 1991.  What other game changers are on the horizon?  There are many. And they’re coming at an accelerated pace, in part due to Tim’s work just a couple of decades ago.

¹ Note to Self:  When this article becomes the basis for a new film, include Far Side -like scientists who walk from office to office at CERN asking “Do one of you guys have a ‘Web Browser’?  Do you know what that is?”

Jeff is an agile coach, an agile trainer and an agile speaker, available to help teams deliver more value to their organization's customers through the use of agile frameworks like scrum.
View all posts by Jeff Hayes
Follow @"jeff_hayes"
What’s New in Web Design?
Content Management Systems: Which is Best For Your New Project?

Response to “A Brief History of Nearly Everything (Digitally) Important”