Posted by Greg Kellerman and Jeff Hayes on September 10, 2010 in Health and Wellness 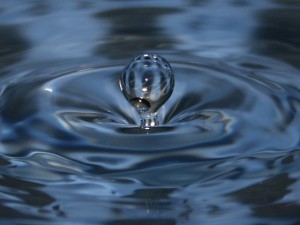 An idea has been getting passed around our little circle for quite a while about how a Social Network might contribute to solving a world crisis:

What if Farmville wasn’t a waste of time and actually did some good?

First, let’s have a little backstory behind the idea.  What ‘world crisis’ are we talking about?

The local teens sponsored by Jeff’s Rotary Club to attend the World Affairs Seminar this year recently reported back to the club with their experiences and findings.  The subject this year was Clean Water.  Why water?

Rotary International has long been looking forward to the day when the poliovirus is no more than an entry in Wikipedia and a chapter in history books.  We’re getting close!  As of 2010, polio exists in only four countries:  Afghanistan, India, Nigeria and Pakistan.  For the first year in recorded history, the number of new polio victims YTD numbers in the hundreds (not thousands).  When polio is eradicated — and it will be, just like smallpox was eradicated in 1979 — where will Rotary turn its attention?

The answer is clean water.  And Rotary’s not alone. According to a UNICEF claim in 2007, waterborne illnesses are killing more than 1.6 million children per year worldwide.  And while we have some good ideas about what to do to provide clean water — solar water purifiers, deep wells, filtration plants, more efficient sewage treatment programs, etc. — two pervasive problems exist:  Money and politics.  Perhaps the Farmville model can help us to resolve the Money problem.

So…  How can a game help NGOs like Rotary, UNICEF, Conservation International, WHO, etc., to solve worldwide water crises?  Without going into heavy details, the concept is based on the economic model of Farmville more than the game itself.  An effective game might include the following:

So, where do we go from here?  The starting point for a project with this much complexity lies in the planning.  We need to figure out the logistics of the undertaking.  We could do something as simple as starting with a small version of the game for donations without the big picture items such as localization of funds and feedback and maybe just get a fun game out there to inform people of the good work Rotary does with all facets of the world community.  We would love to see this really take off and become a beacon of what the meaning of Social Media could be:  Society Helping Society.

About Greg Kellerman and Jeff Hayes

Greg Kellerman is a programmer/analyst with AlignTech. Jeff Hayes is Principal at AlignTech.
View all posts by Greg Kellerman and Jeff Hayes
Six Key Business Principles I Learned from My 6-Year-Old
Plan to lend a hand for the holidays