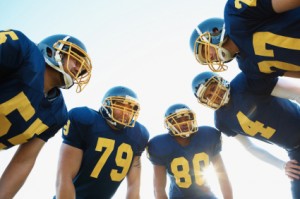 This is the fifth article in our series entitled Managers: The Good and the Bad.

Twenty years ago, in 1991, it was quite a novelty for someone to have in their job title the term “Evangelist”.  Even today, it is perhaps misleading to label a person an Everyday Evangelist because, despite the good intention (typically), this term smacks of religious origins.  Many of us who’ve been in Corporate America for a few years, however, either know or know of such a person, either with or without the term evangelist in their title.  They are the few who believe so strongly in a cause that their vision spreads like an infection.  They inspire loyalty, perseverance and a great sense of purpose and sometimes belonging.

The term Everyday Evangelist originated with Guy Kawasaki in his book Selling the Dream.  On the plus side, an Everyday Evangelist can make work almost addicting for the people who work for her or him.  I’ve had the privilege of working for two people that I would place in this category….  [What’s the meaning of life, you ask?  Easy! It’s the successful completion of the project that we’re all working on right now.]

On the negative side, a psychotic or ethically challenged Evangelist can do a world of harm.  Those of us who’re old enough to remember Jim Jones and his Peoples Temple Agricultural Project will identify with this statement.  I’m fairly certain that Jonestown (Guyana) is the origin of the (very negative) cliche drinking the Kool-Aid, which led to the deaths of several hundred people.

Some of my most pleasant memories are of times in my career when I worked for clients who were Everyday Evangelists; folks who were certain of their goals, committed and charismatic.

Commentary on “Managers: The Everyday Evangelist”