Blog / Agile / ROI of Culture on IT Alignment

ROI of Culture on IT Alignment

What does culture — that quality in groups of people that govern what we believe and how we behave — have to do with “getting things done”? And by extension, what does a company’s culture have to do with the probability of its reaching some sort of acceptable level of IT alignment?  We started to explore this question in the last post on this subject, Technology Alignment in a Global Context. For the purposes of this article, “ROI” is better understood as an acronym for “return on influence” rather than “return on investment” but both meanings are appropriate.

To illustrate the influence of culture on the success of distinct companies, let’s look back at Japan.

Starbucks entered Japan in 1996, firmly committed to selling its own kind of success as developed in the U.S.  This meant:

In 2002, Starbucks CEO Howard Schulz stated that Starbucks “…has a long term view of its place in Japan.”  He must have meant what he said because Starbucks went on to survive some tough times to become a major player there.  Today, Starbucks is a nationally known brand in Japan.  It is present in every major city and in all prefectures, and has succeeded in creating in excess of 850 stores nationwide according to 2010 statistics. 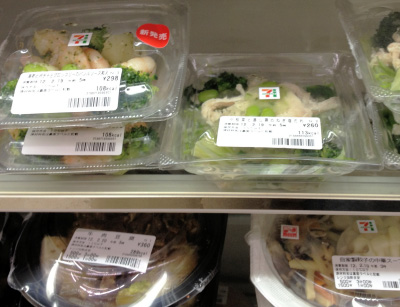 In contrast, 7-Eleven Stores in Japan are quite different from their U.S. counterparts in some fairly big ways.  The drinks Slurpee and Big Gulp, trademarks and longtime favorites of the 7-Eleven brand, are not available in Japan (they were offered early on but later discontinued).  At a typical 7-Eleven store in Japan:

Getting Back to Technology

The theme of this article is IT alignment, so why are we spending so much time discussing cultural metaphors? It’s because almost any technology-related discussion – some examples of which include:

…the list is long – evokes a deer-in-the-headlights response from many people, including C-level individuals who need to understand this “stuff”.  Stories and metaphors help us to place some of the complexities in life in their proper contexts.

In the same way, culture and IT alignment are a chicken-and-egg pair. One begets the other. Societies and businesses both “create culture” with policy, protocol, intention and action. All of these are activities or outcomes associated with alignment.

For a similar comparison that treats issues and outcomes of IT alignment specifically, see
Technology alignment under two strategic contexts (IEEE Xplore Digital Library). In this case the discussion focuses not on issues related to the relative size of companies undergoing alignment studies, but rather the sizes of their customers’ companies.

Jeff is an ICAgile Certified Expert in Agile Coaching. He provides agile training and agile coaching for leaders, teams and individuals.
View all posts by Jeff Hayes
Follow @"jeff_hayes"
Which Apps and Devices Are Best for Foreign Travel?
Coworker Dilemmas Resonate with Readers

Commentary on “ROI of Culture on IT Alignment”