Technology Alignment in a Global Context 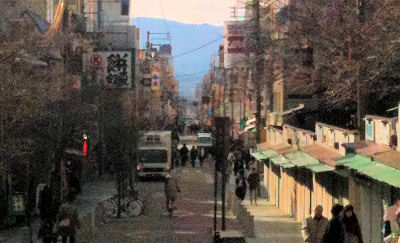 During a recent trip to Japan I found several examples of how culture plays a role in the success of certain types of business. So dramatic are some of the differences between our two countries — Japan and the United States — that I began thinking about how the practice of technology alignment is as much about the culture of a company as it is simply good business sense.

As a simple example, consider that one very apparent cultural norm throughout Japan is maintaining cleanliness. Look far and wide but you will not see trash stuffed in corners or sewers or even blowing on streets. In this example, the long term goal (equivalent to a five year plan) is “keep all things clean and in their most beautiful state”.  Available “technology” assets include brains and hands for understanding and executing processes for maintaining the cultural norm.  Best practices include “don’t create trash” and “if trash occurs, remove it immediately”.  So ingrained is this way of living that people like you and me are much more likely to step in and execute the process (pick up trash when it occurs) than the public domain workers who are paid to maintain cleanliness.

A secondary benefit of technology alignment is the resulting culture that evolves based on the company’s desire to work smarter. After all, a technologically aligned company will make better use of its existing resources while acquiring or beginning to use assets and resources that are better suited for the work at hand.

Many Faces of Alignment

To help illustrate the importance of technology alignment, I’ll use the following themes in the next several articles:

A recurring concept throughout will be what the Japanese call joshiki (常識), a word which means, roughly, “common sense”. Technology alignment is the application of common sense where a company’s five-year plan is the contextual starting point.

Jeff is an agile coach, an agile trainer and an agile speaker, available to help teams deliver more value to their organization's customers through the use of agile frameworks like scrum.
View all posts by Jeff Hayes
Follow @"jeff_hayes"
Six Ways of Being Uncivil and Nine Alternatives
Do you need digital detox?

Commentary on “Technology Alignment in a Global Context”